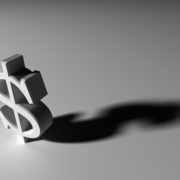 When it comes to investing, people fail to notice the obvious shadow behind potential big gains. (Photo: Wikimedia Commons)

Angela Duckworth (psychologist and author of Grit) is our special guest co-host, with Mike Maughan (head of global insights at Qualtrics) as real-time fact-checker. TMSIDK is in Philadelphia with a cornucopia of the world’s most renowned behavior change experts presenting original research.

Episode 23Three Sheets to the Wind 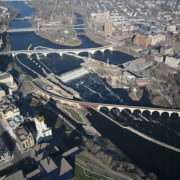 We’re in Minneapolis with a show on the environment, morning drinking, skyways, hidden figures and more. Our special guest co-host is John Moe, host of the podcast The Hilarious World of Depression, who knows how to get around a lack of talent, and our real-time fact-checker is Maggie Ryan Sandford, a self-proclaimed dolphin expert. 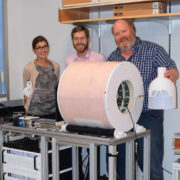 The team that created the portable MRI: Clarissa Cooley, Jason Stockmann and Larry Wald. (Photo courtesy of the Martinos Center)

Join us in Boston for a show on Medicine. Side effects include extra kidneys, Lyme disease, hairlessness, cardiac arrest and magical mucus. Our panelists are:

Bapu Jena, Harvard economist, physician and professor, who knows something about Viagra and STDs.

Christine Hurley, Boston comedian, who lost about 30 pounds for each of her kids.

Evan Allen, head athletic trainer for the New England Revolution, who has a very brief history in soccer. 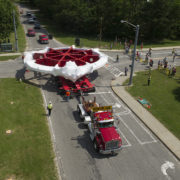 The Muon g-2 massive electromagnet begins its 3,200-mile journey from the woods of Long Island to the plains near Chicago. (Photo courtesy of Brookhaven National Laboratory)

Join us in the City of Big Shoulders for a show on transitions — from here to there, from low to high and from fish to humans. Our panelists are:

Che “Rhymefest” Smith, Grammy-winning hip-hop artist and political organizer, who went through more than 50 jobs to get where he is now.

Ginger Evans, commissioner of the Chicago Department of Aviation, who is partially to blame for the TSA.

Mary Catherine Curran, Chicago-based comedian, who knows how to deal with problems in transit. 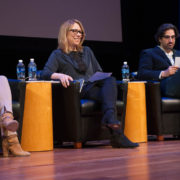 Join our dysfunctional family for this show on parenting, cousins, genealogy and medical divorce. Our panelists are:

Amy Chua, Yale law professor and author of Battle Hymn of the Tiger Mother, who sometimes doesn’t practice what she preaches.

Gary Gulman, comedian, who never had a home-game Thanksgiving growing up.

Our real-time fact-checker is A.J. Jacobs, author of the upcoming book It’s All Relative, who shares a very personal ailment with his ancestor.

comments Read More
Have something interesting to tell us?
Be a contestant 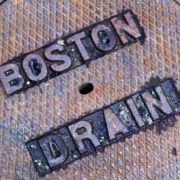 Sewers offer a portal to knowledge about a city's hidden side. (Photo: David Goehring/flickr)

Join us in one of America’s oldest urban centers for a show about cities, including ruins, sewage and ghost towns. Our panelists are:

Ed Glaeser, Harvard economist and author of Triumph of the City, who doesn’t know when to quit.

Amy Glasmeier, professor of economic geography and regional planning at MIT and creator of the Living Wage Calculator, who loves to run as a write-in candidate.

Eugene Mirman, comedian and the voice of Gene on Bob’s Burgers, who is kind of a big deal in Boston.

Our real-time fact-checker is Mike Maughan, head of global insights at Qualtrics. 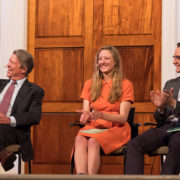 Major Garrett, Alexandra Petri and Robby Mook join Tell Me Something I Don't Know for a night of politics. (Photo: Anthony Washington)

This week, we head down to D.C. to drain the swamp for some light-hearted politics: from foreign cars to the last state in the union. Our panelists are:

Robby Mook, former Hillary Clinton campaign manager, who got his start as a garbage dump politician. 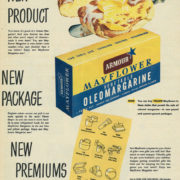 Margarine vs. butter: one of history's hottest rivalries? (Photo: Flickr)

We kick-off the third season of Tell Me Something I Don’t Know with a show on competition of all kinds: athletic, sexual, geopolitical, and the little-known battle between butter and margarine that landed in the Supreme Court. Our panelists are:

Steve Levitt, my Freakonomics friend and co-author, who didn’t quite fit-in with sports teams.

Scott Turow, lawyer and author of Testimony, who faced-down another best-selling author in the courtroom.

Our real-time fact-checker is WBEZ’s Tricia Bobeda, co-host of the Nerdette podcast.

Season 3 of Tell Me Something I Don’t Know is coming to your ears! Prepare yourself for 10 shiny new episodes — full of fresh knowledge — starting June 4. We promise to keep you entertained with fascinating facts and brilliant panelists, and we’ll even play with the show’s format! But, for now, here’s 3+ minutes to whet your appetite.

Host Stephen J. Dubner (of Freakonomics Radio) is at his best, and accompanied each night by a real-time fact-checker to sort out the baloney and pepper the night with more fun facts.

So subscribe today, or you might miss something that will change your world. Again, our first full episode of Season 3 will be out on June 4, with a new episode each week for 10 weeks. And we’re already taping Season 4 in June and October in New York City, so come be a contestant or get tickets to see the show. Also, follow TMSIDK on Twitter, Facebook and Instagram. 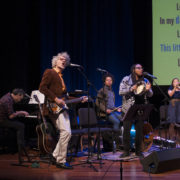 It’s time to face the music, with facts on bridges, healers, lumberjacks and, of course, women. Our panelists are:

David Hajdu, music critic and writer, who has suffered an occupational hazard.

Faith Salie, comedian/journalist and writer, who has a 2-1 record as a wedding singer.

Our real-time fact-checker is Dan Zanes, accompanied by his live band.